Peter, Nicolás’ brother, discovered aerial acts, when he tried to jump off a building after his mother (who committed suicide) at the age of 7. He was lucky enough to end up on a tree with 58 scratches. He kept working as an assistant of his father, who was a wondering illusionist, even after the marriage of his brother Nicolás to Nicole and the foundation of CircuS.

He only joined them 5 years later, when he fell in love with Laeticia, who was so excited with the show that wanted to become a part of it, and he followed her. 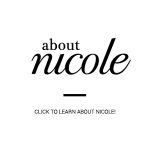